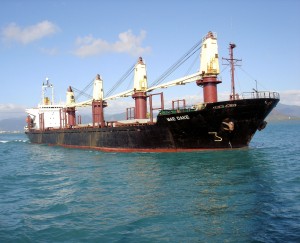 In a May 2015 report from Dryad Maritime, a company that studies maritime safety and security, six separate types of incidents were recognized as the lead causes of maritime piracy:

The vast majority of these threats were reported in the Southeast Asian region, followed by the Gulf of Guinea, and the remainder of the world’s navigable waters. In addition, the report made note of a few alarming statistics:

The effect of maritime piracy reaches far from the ship or oil platforms that are attacked. When pirates choose to interfere with maritime operations, they harm a company’s bottom line and the seamen that work for the company. The economic impact of maritime piracy can be staggering. When ships are forced to stop, lose time, and delay deliveries of goods – money is lost. Oil platforms that halt drilling to secure equipment against attacks are losing valuable drill time and face reductions in barrel production.

Physical harm to maritime employees on ships and platforms can range from minor injury to wrongful death. Workers harmed in foreign waters by maritime crime should be prepared to contact a Houston maritime piracy lawyer for assistance with recovering damages.

Can I Recover Damages Caused By An Injury In Foreign Waters?

The United States courts constitute the world’s premier legal system and are often the best place for the maximum recovery of financial damages. Before hearing your case, your maritime attorney and the U.S. courts will have to determine jurisdiction – the official power to make legal decisions and judgments. The following three points will be considered when determining jurisdiction for a maritime worker injured in foreign waters by maritime piracy:

Get Help From A Houston Maritime Piracy Lawyer

Like each injury, the jurisdiction of each case is unique. When a US maritime worker is injured in foreign waters, an experienced Houston maritime piracy lawyer can make all the difference. Analyzing the details of the case and determining the best strategy for obtaining compensation is the job of Richard J. Plezia & Associates – the Texas Maritime law firm with years of experience in helping victims recover piracy damages.