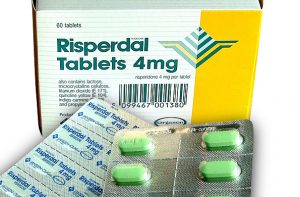 Also known as Risperidone, Risperdal is an antipsychotic prescription medication that is used to treat certain mood, mental health, and emotional disorders. These include but are not limited to bipolar disorder, schizophrenia, and even the irritability associated with an autistic disorder. The drug works to restore the balance of certain natural chemicals and substances in the brain. Unfortunately, Risperdal has been shown to have certain adverse effects, especially in seniors with dementia and teens.

What Are The Side Effects of Risperdal?

As with any over the counter or prescription medication, side effects can happen. However, Risperdal has been shown to cause several conditions that patients were not properly warned about.

This condition is the development or an enlargement of breast tissue in males. Gynecomastia has been linked to the drug causing the body to produce a hormone common in women who are nursing or pregnant known as prolactin. The condition is regrettably more common in children and teens that take Risperdal. This breast tissue development is usually permanent and requires surgical removal by a plastic or reconstructive surgeon.

Risperdal was approved in part because its manufacturers touted its reduced risk of movement disorders when compared to other drugs. However, this was proven to be false and those who took the drug were found to have a greater instance in the development of extrapyramidal symptoms (restlessness, abnormal movement, hesitational movement, inability to move, and stiffening of the tongue). These movement disorders were also shown to be permanent even when patients stopped taking the drug.

Risperdal and Lactation in Girls

Just as in gynecomastia, some girls who took Risperdal experienced an increase in prolactin and developed lactation, a condition that is not common in girls who are not of childbearing age or women who are not nursing or pregnant.

Risperdal and Death in the Elderly

The FDA has required a “Black Box” warning regarding the use of Risperdal in the elderly. The drug has been linked to death in patients who are elderly and have dementia. These patients may have died from taking Risperdal if they experienced such adverse effects like cardiac failure, pneumonia, and strokes.

Other side effects associated with Risperdal include irregular heartbeat, increased fatigue, and seizures when taken with other prescriptions.

Get Help From A Houston Risperdal Lawsuit Attorney

The first of many Risperdal lawsuits happened back in 2012 when an Arkansas judge fined the manufacturers $1.2 billion citing the companies had downplayed multiple risks associated with Risperdal.

Risperdal continues to have one of the longest histories of drug lawsuits and disputes of any prescription medication on the market. At one time, the drug was the most prescribed antipsychotic in the United States.

Although many lawsuits have been filed, patients who experience adverse side effects or death as the result of Risperdal can still make a claim against the manufacturer but have a limited a time to act.

If you or someone you know has developed unwanted side effects as the result of taking Risperdal, contact a Houston Risperdal lawsuit attorney at Richard J. Plezia & Associates today to discuss your case with no obligation.