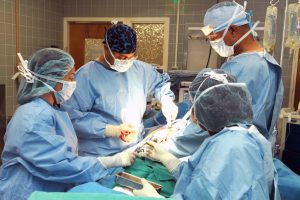 A surgical device used in laparoscopic surgery (surgery conducted with cameras and minimal incisions), morcellators are used in the removal of large masses of tissues and work by mincing, or morcellating, the area into smaller pieces in order to be easily removed. This instrument is often used in women in procedures like hysterectomies and the removal of uterine fibroids. Morcellators are made by a variety of manufacturers including Johnson & Johnson, LiNA Medical, Blue Endo, Karl Storz, Lumenis, Olympus, Richard Wolf, and Ethicon.

What Complications are Associated With Morcellators?

On April 2014, the Food and Drug Administration announced it “discourages use of laparoscopic power morcellation for removal of uterus or uterine fibroids.” Based on their analysis of current scientific data, the FDA deemed they posed a risk of spreading unsuspected cancerous tissue beyond the uterus, especially in the case of uterine sarcomas, also known as uterine cancer. Because more than 95% of cancers of the uterus are carcinomas, not sarcomas, it is likely that a woman who underwent a procedure with a morcellator and developed uterine cancer can prove the events are linked.

What are the Harmful Effects of Morcellators?

Healthcare providers have been discouraged to use morcellators for hysterectomy or myomectomy, to not use them in women with known or suspected cancer, and to carefully consider all options with the patient, including benefits and risks. However, morcellators are still being sold and used, at times irresponsibly.

For women who have already undergone surgery aided by a morcellator, it may be too late. If they are one of the unlucky ones who develop uterine cancer, the defective device symptoms they initially experience will include but are not limited to:

Get Help From A Houston Morcellator Lawsuit Attorney