What is the Jones Act?

Also known as the Merchant Marine Act of 1920, the Jones Act covers a number of regulations regarding trading via vessels between the United States, its territories, and other countries. However, this federal maritime law also regulates the relationship between the employer and crew aboard these vessels. Before the Jones Act, maritime workers were limited in their options to recover damages for injuries or fatalities aboard ships.

As part of the Jones Act, an employer may be found responsible for any injury or fatality arising in part or whole from the negligence of any of its agents, contractors, officers, or employees. The Jones Act also covers injuries sustained as the result of unseaworthy vessel, defective equipment, or mechanical failure.

What Does the Jones Act Cover? 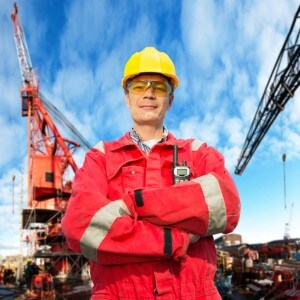 Employers can also be found negligent and responsible for injuries sustained aboard the vessel if:

If you are unsure of whether these situations apply, a Houston Jones Act lawyer can help.

Who Does the Jones Act Cover?

Those who qualify as a Jones Act seamen include the crew of a vessel or ship, as well as workers on a barge, cargo ship, chemical ship, or cruise ship. Maritime workers on a construction barge, dredge, drill ship, fishing vessel, and floating crane also qualify. There are numerous maritime jobs that allow seamen to quality for coverage under the Jones Act, from deckhands to commercial divers. Merchant mariners may also be entitled to Jones Act benefits.

Seamen who can prove their injuries were due to the negligence, either in whole or part, of the offshore employer can file claims for:

Get Help From A Houston Jones Act Lawyer

If you or someone you know has been injured while working offshore aboard a vessel in navigation, you have a limited time to act. The Jones Act does allow seamen to recover damages, including Maintenance and Cure.

Most Jones Act claims must be filed within three years of the incident, but that timeframe can be as short as one year in some cases. Contact a Houston maritime lawyer at Richard J. Plezia & Associates immediately at no cost to you so we can help you learn your rights when dealing with a maritime employer.