Who Qualifies As A Jones Act Seaman? 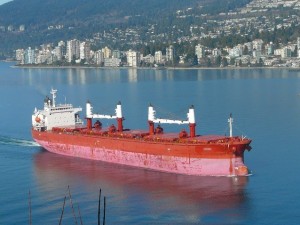 The Jones Act regulates the relationship between the employer and crew aboard a vessel, supporting workers injured on the job. Before the Jones Act, maritime workers had a limited number of options for recovering damages after an injury or fatality aboard a vessel. Determining who qualifies as a Jones Act seaman can help maritime workers and their families with financial recovery.

What Qualifies An Offshore Worker As A Jones Act Seaman?

To qualify for coverage under the Jones Act, a person must also qualify as a “seaman for purpose”. In general, a “seaman for purpose” is a person who spends a significant amount of his or her time working as a crewmember or captain on a vessel. This ship or boat must also be in navigation, which is moving or movable. Establishing these two requirements – a vessel in navigation and the amount of time working – will help to determine an offshore worker’s qualification as a seaman and thus his or her coverage under the Jones Act.

A vessel is said to be in navigation if it is floating, in operation, capable of moving, and is doing so in navigable waters. There is no requirement that the vessel must be moving – only that it be capable of moving. This is an important distinction, as it opens the Jones Act to workers at shipyards and docks where vessels remain in the water, but are still fully capable of moving.

Navigation, when used as a legal term, means the vessel is capable of being used for interstate or foreign commerce. Oceans, bays, and gulf systems all qualify, along with the waters that are connected directly to them. Even some landlocked lakes can be classified as navigable waters if they extend into another state or are connected through a river.

Contribution to a Working Vessel

The second requirement for qualifying as a Jones Act Seaman is the maritime employee’s contribution to the work of the vessel. The law requires that at least 30% of the employee’s total work time must be spent on a vessel or aboard a fleet of vessels. If the workload exceeds the 30% mark on a vessel in navigation, the employee is a “seaman for purpose” and qualifies as a Jones Act seaman. The Houston Jones Act seaman injury lawyers at Richard J. Plezia & Associates can review your work records and help determine if you qualify for damage recovery under the Jones Act.

Get Help From A Houston Jones Act Seaman Injury Lawyer

If you or someone you know has been injured while working on a navigable vessel, the Jones Act allows for seamen to recover damages, including the damages of maintenance and cure. An experienced maritime attorney will be able to monitor all applicable legal timelines, as most Jones Act claims must be filed within three years of the incident. Contact the Houston Jones Act seaman injury lawyers at Richard J. Plezia & Associates for a no cost consultation to learn more about your rights as a maritime employee and damage recovery under the Jones Act.