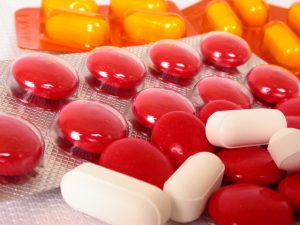 Xarelto, also known as Rivaroxaban, is a prescription drug that acts as a blood thinner to prevent the formation of blood clots. It is commonly used to prevent or treat a type of blood clot called a deep vein thrombosis, or DVT. These DVT clots often occur after certain types of surgery, such as a knee or hip replacement. They are dangerous because they can travel up to the lungs and cause a pulmonary embolism, which can lead to death. Xarelto is also prescribed to patients with a heart rhythm disorder called atrial fibrillation in order to lower the risk of stroke caused by a blood clot.

What Are The Problems With Xarelto?

Xarelto is extremely dangerous for many patients, such as those who have an artificial heart valve or any type of uncontrolled bleeding disorder. Additionally, the drug can create dangerous blood clots around the spinal cord in certain patients that can cause severe injuries, paralysis, or even death. Patients who have been prescribed Xarelto should also be adequately warned about how premature discontinuation of the drug increases the risk of new blood clots and/or the mass of present ones.

Xarelto should not be prescribed to:

Patients who meet the above or similar conditions can bleed uncontrollably as the result of taking Xarelto. When this bleeding occurs near or in a major organ, blood flow is interrupted and can lead the organ to lose some or all of its functionality. These types of bleeding events are especially dangerous when they occur in vital organs such as the brain, lungs, or cardiovascular system.

In addition, pools of blood may form within the body and can lead to many other severe risks to a patient’s health. Often these hemorrhages will continue over a long period of time until the drug is flushed out of the system or the patient seeks treatment for their condition due to Xarelto’s function as a blood thinner.

Patients who were not warned properly of how to use the drug, when to stop using it, and when to seek medical attention have been able to file Xarelto lawsuits. The dangerous drug lawsuits seek to recover compensation for damages associated with medical bills, loss of income, emotional distress, and even funeral expenses.

If you or someone you know has taken Xarelto and experienced a serious side effect, contact an experienced Houston Xarelto lawsuit attorney at Richard J. Plezia & Associates to discuss your case at no charge.