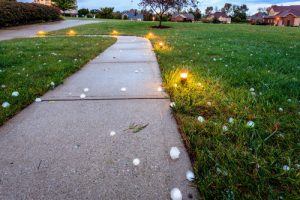 Hail is the natural disaster that causes the most damage to homes and cars across the nation. In fact, for insurance company State Farm and its 82 million customer accounts alone, hail damage cost them $2.4 billion in 2014. To make matters worse, Texas was the state that touted the most claims related to hail with 51,193 in 2014, followed by Illinois with 43,821 hail damage claims and Colorado with 42,365. The most damage to property happens when severe storms strike highly populated areas with large hail that is an inch or more in diameter, although some hail can be baseball-sized or larger. In Texas alone, there were 778 separate severe storm incidents that produced large hail.

Hail and storm insurance covers a variety of damages including but not limited to:

Our Houston hail damage attorneys have seen many cases in Houston and the surrounding areas in which insurance companies have delayed, denied, and even underpaid the rightful claims of their policyholders who were victims in hail and other storms which caused thousands to hundreds of thousands of dollar in damage. By Texas law, these practices are illegal and insurance companies can and should be held accountable for acting in bad faith by the customers they are supposed to protect.

A little-known fact is that insurance companies can be sued for up to three times the damages caused to property if they act in their own best interest instead of their policyholders.

The Houston hail damage attorneys at Richard J. Plezia and Associates have years of experience in dealing with homeowners and other insurance companies to ensure they pay a fair amount to repair or replace the property that was damaged, whether it is through a lawsuit or negotiated settlement.

If your property was damaged via hail, flood, hurricane, tornado or other severe weather, contact us as soon as possible to discuss your case and legal options. We charge no fee for the initial consultation.