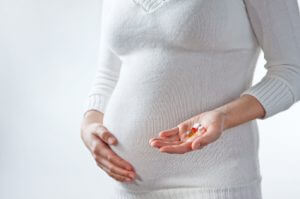 The prescription drug Zofran, which is manufactured by GlaxoSmithKline, has been on the market since it received approval back in 1991. Initially approved for the treatment of vomiting and nausea for patients who were undergoing chemotherapy or who suffered a reaction to surgical anesthesia, it wasn’t long before doctors decided to prescribe the drug off-label, and they started prescribing it to treat morning sickness for pregnant women during their first trimester.

More than 1 million pregnant women are prescribed Zofran every year, even though the drug was never approved for use during pregnancy, and the manufacturer never even studied the effects of the drug on pregnant women or the children they carry before receiving FDA approval.

Why was it prescribed to pregnant women?

The reason why doctors would write this risky prescription? Because GlaxoSmithKiline, the maker of Zofran, told them to. The company pleaded guilty in 2012 to not only promoting this off-label use, but also to paying physicians to prescribe it in this way.

Unfortunately, over the course of many years, researchers from all over the world have been investigating the possible effects of Zofran on children in utero, and the results are not good.

According to research, Zofran was linked to:

Most birth defects develop during the first trimester of pregnancy. This is when a developing fetus is at its most sensitive and fragile. That being said, they can occur at anytime – especially when external factors like dangerous medicines play a role.

A number of lawsuits have been brought against GlaxoSmithKline based on their promotion of Zofran as a treatment for morning sickness, including several in Texas. If you or a loved one has been prescribed Zofran during pregnancy as a treatment for morning sickness, and your child was born with a congenital heart defect or any other birth defect, please contact the Zofran birth injury lawyers at Richard J. Plezia and Associates, so that we can investigate and advise you of your options.