Third Party Longshore Claims in Texas under the LHWCA

What is Third Party Longshore?

The Longshore and Harbor Workers’ Compensation Act, also known as the LHWCA, was implemented to compensate certain types of maritime workers for any injuries they may sustain on the job. However, the LHWCA often acts as a protection for the employer. Any longshoreman or shore based worker can recover compensation for their injuries, no matter who caused them, but they cannot sue their employer for any additional compensation in most cases, even if the employer was responsible for the accident. 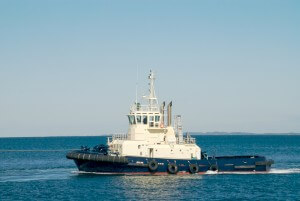 Despite the legal bar against directly suing their employers, longshoremen who are hurt on the job may pursue legal claims against any potentially responsible third party involved in the accident, such as a contractor, architect, vessel owner, port authorities, or manufacturer, whether they are entirely or partially responsible. These third party claims, also referred to as third party longshore claims, help injured maritime workers procure additional compensation in addition to their standard LHWCA benefits.

Maritime accidents caused by a third party can happen for a number of reasons, but a few include overcrowding, overloading, potholes, fall hazards, electrical hazards, carbon monoxide poisoning, defective equipment, or poorly maintained vessels and vehicles.

What Does Third Party Longshore Cover?

According to the Longshore And Harbor Workers’ Compensation Act, “compensation shall be payable under this Act in respect of disability or death of an employee, but only if the disability or death results from an injury occurring upon the navigable waters of the United States (including any adjoining pier, wharf, dry dock, terminal, building way, marine railway, or other adjoining area customarily used by an employer in loading, unloading, repairing, dismantling, or building a vessel).”

Injured workers are entitled under this maritime law to collect damages for a number of costs associated with their injury including medical expenses, lost wages, and even the cost to collect these benefits, such as attorney’s fees.

Who Does Third Party Longshore Cover?

Any maritime worker who is injured on the job is covered by the LHWCA including but not limited to:

If you or someone you know has been hurt while working as a longshore or maritime worker, you have a limited time to act against a third party. Contact us immediately at no cost to you so we can help you learn your rights when dealing with an employer.