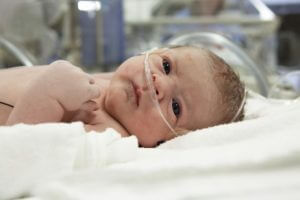 Erb’s palsy, also known as brachial plexus injury, is a birth injury that occurs during the birthing process. Not to be confused with cerebral palsy, which results from brain damage, Erb’s palsy is caused by damage to the nerves around the baby’s shoulders.

If you suspect your child suffers from this disorder, make sure to involve Erb’s palsy lawyers Houston to investigate a claim for potential medical malpractice.

Injuries to the brachial plexus cause immediate symptoms to the affected child. These symptoms may include:

An injury to the brachial plexus causes nerve damage which in turn causes the aforementioned symptoms. This causes movement issues for the child that may only be partially relieved through physical therapy, if at all.

Knowing that nerve damage near the shoulders causes Erb’s palsy, how do injuries to the brachial plexus happen? There are several possible causes:

Due to the positioning of an infant during delivery, if the medical professional or person delivering the child is not careful, brachial plexus injury can occur and result in Erb’s palsy.

There are some risk factors that may increase the chances of a brachial plexus injury. These risks are:

However, Erb’s palsy can happen in situations outside of these risk factors, especially when medical negligence or malpractice is involved. Consult a birth injury attorney to determine whether the cause of your child’s Erb’s palsy is the result of malpractice or negligence.

Prognosis of the Disorder

Many children born with Erb’s palsy recover in whole or in part by six months of age. If a child does not recover within this timeframe, however, the outlook is not as positive. Nerve grafting or transfers may be necessary to fix nerve avulsions resulting from a brachial plexus injury.

Physical therapy can also be helpful in prolonged Erb’s palsy cases. Where total recovery cannot be achieved, physical therapy can help to alleviate symptoms. Regardless of treatments or recovery, medical expenses as a result of brachial plexus injury are often costly.

Consulting a brachial plexus attorney Texas is important when a child is born with Erb’s palsy due to the chances of the injury being caused by medical malpractice. Medical expenses and damages may be recovered if your child’s birth injury is a result of medical negligence.

Schedule a free consultation with a birth injury attorney at The Law Offices of Richard J. Plezia & Associates today by calling 1-800-428-1853.